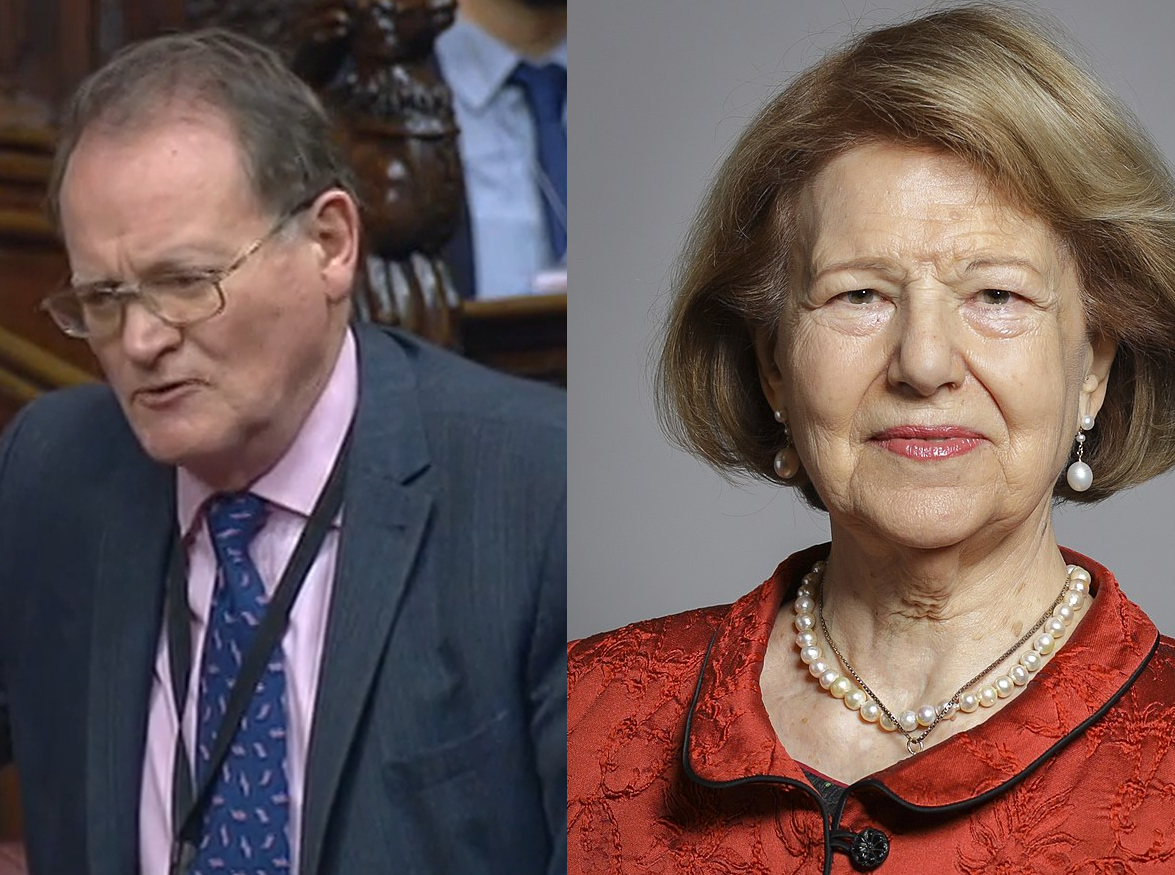 They are highly unlikely to succeed according to sources connected to Parliament.

An anti-trans member of the House of Lords has put forward two amendments for the Health and Care bill that aims to ban trans women from women’s hospital wards.

Lord Blencathra, a Conservative peer who has a history of voting against LGBT equality measures whilst serving as an MP, brought forward the amendment last week with almost no fanfare. The amendment is being supported by infamous anti-trans peer Baroness Nicholson who has closely aligned herself with the UK anti-trans movement, including making an appearance at last years LGB Alliance conference.

The first amendment would, if passed, make it unlawful for an NHS trust to record a woman as a transphobe if she requests a trans-free ward or makes a complaint about the presence of trans people. It would also be unlawful for the trust to report the woman as committing a non-crime hate incident.

The second amendment goes a lot further and would require trans patients to be placed on the ward that aligns with their “natal sex” and specifically ban trans women from women’s wards.

Last year, Lord Blencathra pushed a similar amendment for the Police, Crime, Sentencing and Courts Bill that sought to bar trans women convicted of a violent or sexual offence from being placed in a women’s prison. Blencathra later withdrew the amendment after a heated debate in the House of Lords where several anti-trans peers raised anti-trans talking points.

He then brought forward a new version of the amendment earlier this month that would have placed all trans women, regardless of what conviction they had, in men’s prisons. After another round of heated debate with yet more anti-trans talking points raised, Blencathra withdrew his amendment again.

“I saw the two of them (Blencathra & Nicholson) conspiring together the other day. We saw from what Blencathra said in the Police Bill on prisons that these are just vehicles so anti-trans peers can raise their views in the chamber. The House of Lords are now alive to their scheming and we will ensure far more Peers speak in support of the rights of trans people than speak against them.”

Another senior member of the House of Lords told us:

“My immediate reaction is this is in the same vein and from the same determined gender critical, anti-trans inclusion peers who tried to amend the Policing, Crime, Sentencing and Courts bill to create segregation for trans people and ignore GRC or lived experience. This amendment adopts similar themes and ignores key protections in the Equality Act.”

Liberal Democrat peer Baroness Barker also told us: ““These amendments are a significant threat to the wellbeing and safety of all patients”

Helen Belcher, chair of the trans lobby group Transactual and a former Liberal Democrat parliamentary candidate told us that she believed these amendments main goal is gaining social media attention. She told us:

”Given what’s happened as a result of the last three debates in the Lords, it looks very much like an excuse to generate video clips for social media.

“They must know that current human rights laws won’t allow those measures.”

Nancy Kelley, chief executive of Stonewall noted that tabling anti-trans amendments is now a recognised strategy that Stonewall intends to challenge. She told us:

“We are beginning to see a pattern of amendments being tabled to legislation that attempt to undermine the Equality Act and the Gender Recognition Act.  These acts provide important human rights protections for trans people in their day to day lives, and Stonewall will work with all our partners in the movement and with Parliamentarians to protect them”

The Trans Legal Project have released a statement saying that they found it ‘staggering’ that Lord Blencathra has once again tabled amendments that would “directly harm trans people and create further burden on services.”

They went on to say they believed the amendment that specifically bans trans women from women’s wards is “likely” to be in breach of trans peoples human rights.

The Health and Care Bill’s amendments, including Lord Blencathra’s anti-trans amendments, will be debated in the House of Lords within the next month.

We approached Lord Blencathra for comment but he did not get back to us before publication. We left a message on his answerphone and will update if he calls back.