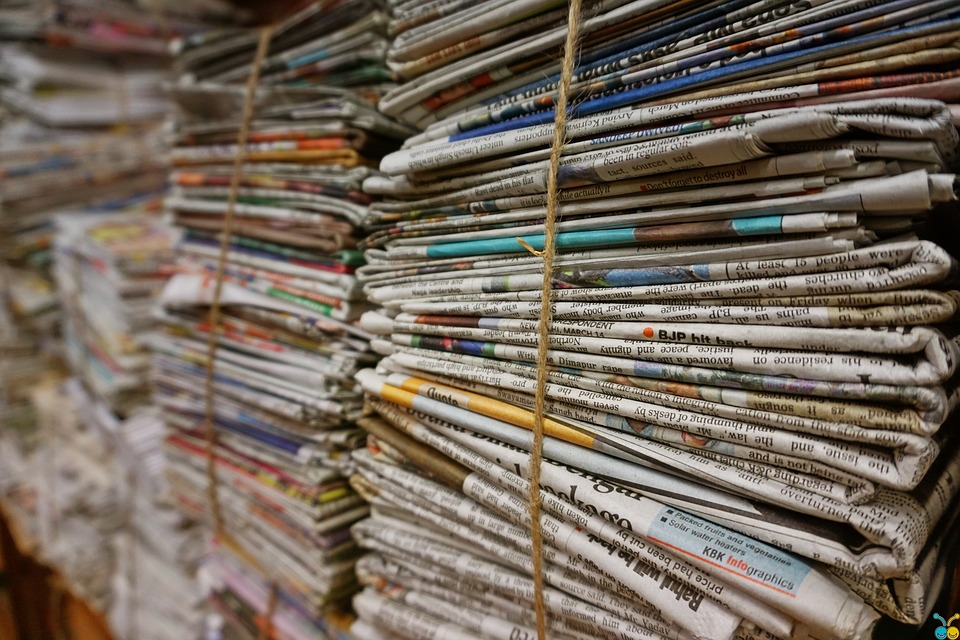 This morning BBC News released an article on its website that presented uncritically the anti-trans narrative that transgender Lesbian, Bisexual and Pansexual people are ‘pressuring’ cisgender Lesbians into sleeping with them.

The main sources for this report appear to be several anonymous testimonies and a ‘questionnaire’ circulated on anti-trans social media accounts.

This is not going to be some in-depth take down of the piece or a piece that calls into question the honesty of anyone involved with the sources. But we are not the first to be directly, or in this case implied, to be monsters due to the few (‘allegedly’).

Anti-trans nightmares love to highlight cases of a relative few of us doing bad things because then you can say: “I heard of a trans person DOING BAD THINGS” and then their target will go off and repeat it….and along the way you can be damned sure it will stop being about “a trans person” and start to being about “trans people”.

But truth is that the only real way to prove trends is with data collected in VERY SPECIFIC ways. And isolated reports garnered from one area are not that. You cannot prove, or imply, something about a whole demographic with isolated reports. For example, if I was to write a story about how train spotters are kidnap-happy-monsters based on this story, I should be laughed out of any editors office.

(Scary thing is I probably wouldn’t though).

But that does not stop the mainstream press from doing just that about trans people today and so many other minorities throughout the years.

Here is a breakdown of examples of the media targeting other minorities this way. This is not to say that when the press does this to trans people it is always EXACTLY the same as when they do it to other minorities (transphobia and racism, for example, are distinct from each other) but as a thing media outlets in the UK does? They are strikingly similar.

Seemingly an attempt to divert attention from the very real violence inflicted on Black communities committed by white people, Breitbart has in the past highlighted specific instances of violence against Black people allgedly being committed by Black people.

These stories rarely highlight data that makes any sense. Instead they tended to highlight individual incidents, almost certainly, to appeal to a…certain audience (that shave their heads, wear really specific suits and talk about how white people are being ‘replaced’).

The message is clear: Racism is not the problem. Black people are the problem and tolerating them is a price not worth paying.

Breitbart have been market leaders in this area with a great many stories seemingly about low level crimes being committed by individuals. And those individuals have one thing in common and started becoming popular around when Black Lives Matter came into being.

What a stunning coincidence!

So the Star should be taken about as seriously as a news outlet as Breitbart but here we are. For those of you who are no aware of what the Daily Star is, it is mostly famous for taking what The Sun did with the introduction of ‘Page 3’ by just…going for it with straight up pornography.

But they also followed the Sun’s lead and went full Islamophobia when they highlighted cases like this:

Now the kicker here is: there wasn’t even a ‘Knife Attack’. Allegedly some children set up a Facebook group and issued violent threats against another child. Now, whilst this (if true) occurrence would be terrifying for just about anyone…that isn’t the story in the headline.

And the highlighting of the “thug’s” religion in contrast with the “Brit” status of the victim…it is clear this story is about using the alleged social media nonsense of children to tag Muslims as violent.

If you don’t buy that, ask yourself, why was a relatively small incident on the front page of a national newspaper? This kind of incident would barely make it into a local paper pre-9/11.

This was about cashing in on Islamophobia with one massive absolute lie about school children allegedly being monstrous. The cost of…seemingly allowing people to be Muslims…is PROPER BRITISH CHILDREN being treated horribly according to the Daily Star.

3. The Daily Mail dicks over the disabled

“Wait…they do this? Who has the gall to paint disabled people as the absolute worst”?

The Daily Mail, as well as much of the right wing press several years ago. As hard as it is to believe, they did this in the form of arguing that most, many or some people receiving disability benefits are lying ‘scroungers’.

They still do this today, but the frequency has absolutely decreased in recent years but you still see stories that do this today.

Here is a good example of what I am talking about:

Apart from the obvious…why…of a national news outlet covering what at the very least appears to be a family spat, it is actually revealed in the very same article that the Mother referred to in this headline had a back injury and had not been able to work since 1995.

She was also blasted in the piece for having lots of children.

Even if the daughter was right, even if the mother was a ‘scounger’…the effect of isolated incidents such as this possibly can only be that readers of a certain disposition are going to tell their friends as fact: “There are loads of people lying about being disabled and having kids to get free money FROM US.”

Back when the UK was in the EU, a relatively not abnormal number of EU citizens emigrated to the UK to live, work, and probably buy milk and have opinions about football.

However, you could be mistaken for believing that this was some kind of ‘invasion’ if the UK media were to believed. Especially in the 2000’s, the UK was gripped with Polonophobia and was a major tool in the BNP’s recruitment toolkit.

There was one problem when it came to the press seeking to cash in on this particularly niche bigotry: there weren’t enough Polish people to easily find stories to monster the whole demographic with.

So you often found content like this, spaffed out into the world by Times columnist Giles Coren directly from his dark, twisted and annoying brain:

Coren straight up claims that Polish immigrants (who he calls ‘Pollacks’ because, why the hell not?) choosing to return to Poland are descended from anti-Semitic Polish people who threatened his great-grandfather.

Did he have any data to suggest that Polish people were inherently violent? Did he have any evidence that Polish people getting on planes and boats had any connection with those who targeted his great-grandfather? Of course not. No data could ever exist that supports that view but, as this was an opinion column, he could get away with far worse bigotry than anything else.

The message is in many way the same as other examples here: “Polish people migrating to the UK for work are not worthy and descended from bastards so to hell with the lot of them.”

5. “Travellers are bad! Look at these ones on holiday being terrible!” Claims the Mail!

This one I still can’t believe happened only two years ago.

A family went on holiday to New Zealand and were, unambiguously, the worst.

Several straight up crimes were caught on camera, they trashed several places and allegedly assaulted someone.

Here is just one of the headlines this families holiday generated:

What on earth were the Mail doing reporting on a British family being bellends on holiday? That is something that happens about a million times a year (or whenever England compete in the World Cup), what made this family different?

The second word in that headline is what made this newsworthy. The Mail had long established a narrative that Travellers trashed everything in sight wherever they went.

It doesn’t appear to matter that the clear majority of Travellers aren’t…this family. Clearly…the price of allowing Travellers to be just about anywhere is too much!

What has this got to do with the BBC News article?

When it comes to journalism, one of the first things you are taught to do is look for the exceptional. This is why the AstraZeneca vaccines risk of blood clots received frontpage coverage earlier this year…but the higher risk of blood clots from Hormone Replacement Therapy did not.

The problem with this approach is that it inherently implys trends. People will read a story about one/two/a group of allegedly, a terrible person/people from a demographic and come away assuming that most are like that.

That will be the effect of the BBC News article which argues that trans women have and are coercing cisgender Lesbians to sleep with them.

Our community has been presented as a threat, much like in all the examples I cited above. So what should we think of this?

We know the truth. Whilst some in community are inevitably going to be THE ABSOLUTE WORST much like any other demographic…that is not proof that our community is dangerous.

But also…we must be vigilant against transphobic hate crimes now more than ever.

Since the great anti-trans moral panic began in 2015, hate crime reports have increased 332% according to figures obtained by Vice and that cannot be a coincidence when you consider that news content concerning trans issues has increased 400% in that same period.

If you use isolated incidents to imply a trend of horrible shit when it comes to a demographic…is it any wonder that this happens?

One last thing, to the trans femmes out there who identify as Lesbian, Bisexual, Pansexual etc…

…you aren’t what they say you are. You have done nothing wrong by being you.

This is about shaming you.

But remember what the opposite of shame is.

It’s Pride. That is why pride is a protest.

You being you is the most radical thing you can do right now. I am sorry this is happening to you. You deserve better.

Keep being you. And never forget what this is: a cheap attempt to generate clicks for media wankers to brag about “starting a conversation”. 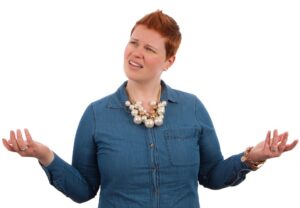 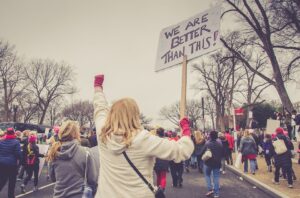