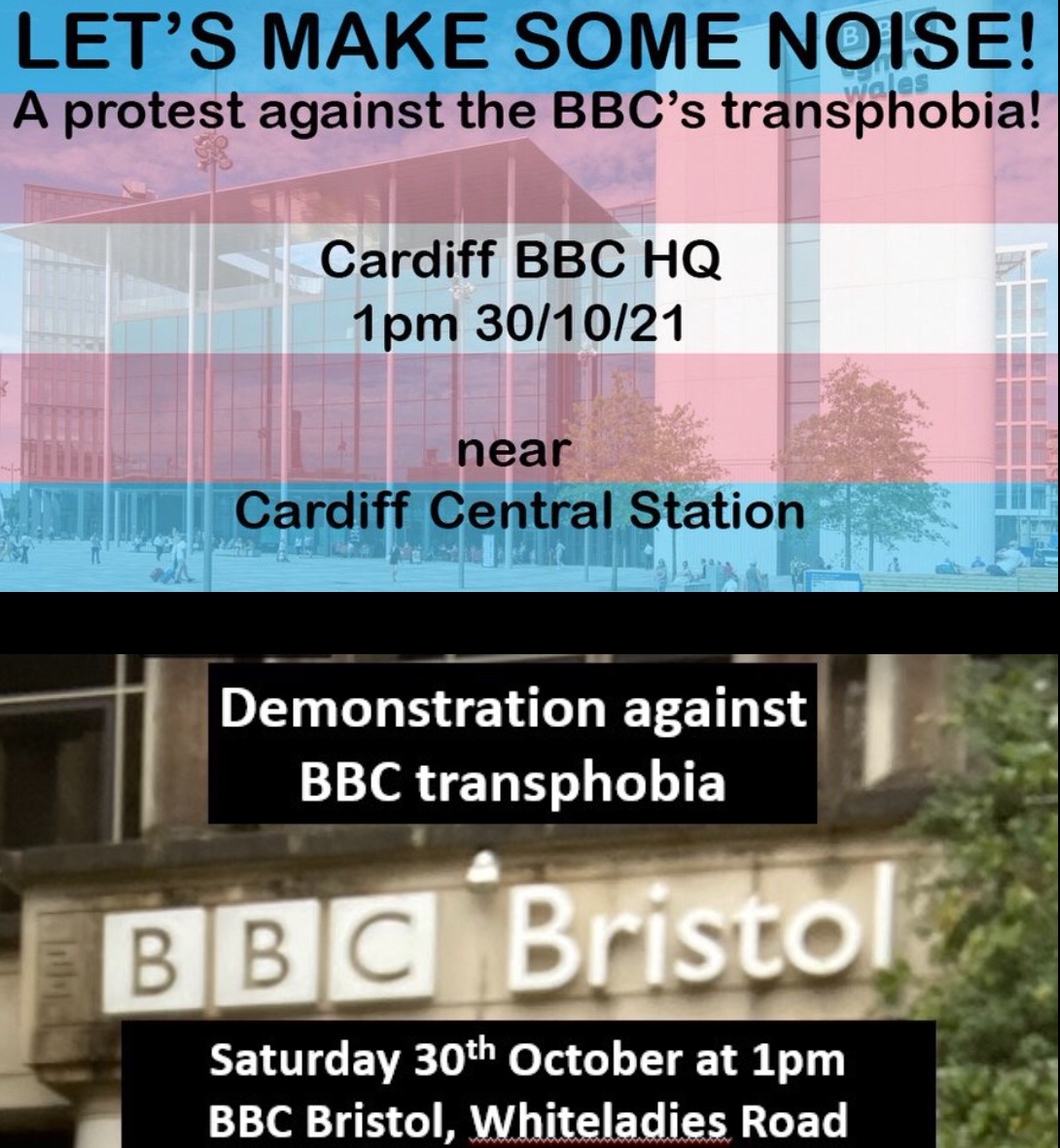 Trans people and their allies are being called on to protest the BBC in both Bristol and Cardiff TOMORROW at 1pm.

Multiple protests across the country have been organised in response to a BBC article that argued that ‘some’ trans women were coercing cisgender Lesbians into sleeping with them. The main sources for the story appear to be a poll by a transphobic hate group, a Tumblr post from 2014 written by an admitted sex offender and anonymous testimonies from 3 people.

When we asked the organiser of the Cardiff protest why they were organising their event they told us: “My goals are to let the BBC know that attacking trans people, is no different to attacking any other group of people. I was in shock when I saw the recent piece on ‘trans rape’, and it’s motivated me to actually do something about it!”

They went on to say: “The BBC’s coverage on trans people is truly dreadful, and needs to change, or there will be MORE protests!”

There is also a protest scheduled at 1pm tomorrow in Manchester which we will be attending and reporting from.

If you are attending the protests in Bristol/Cardiff and are able to send us pictures and accounts of what happened, please get in touch on our Twitter (twitter.com/whatthetrans) or through our email (contact (AT) what the trans . com).