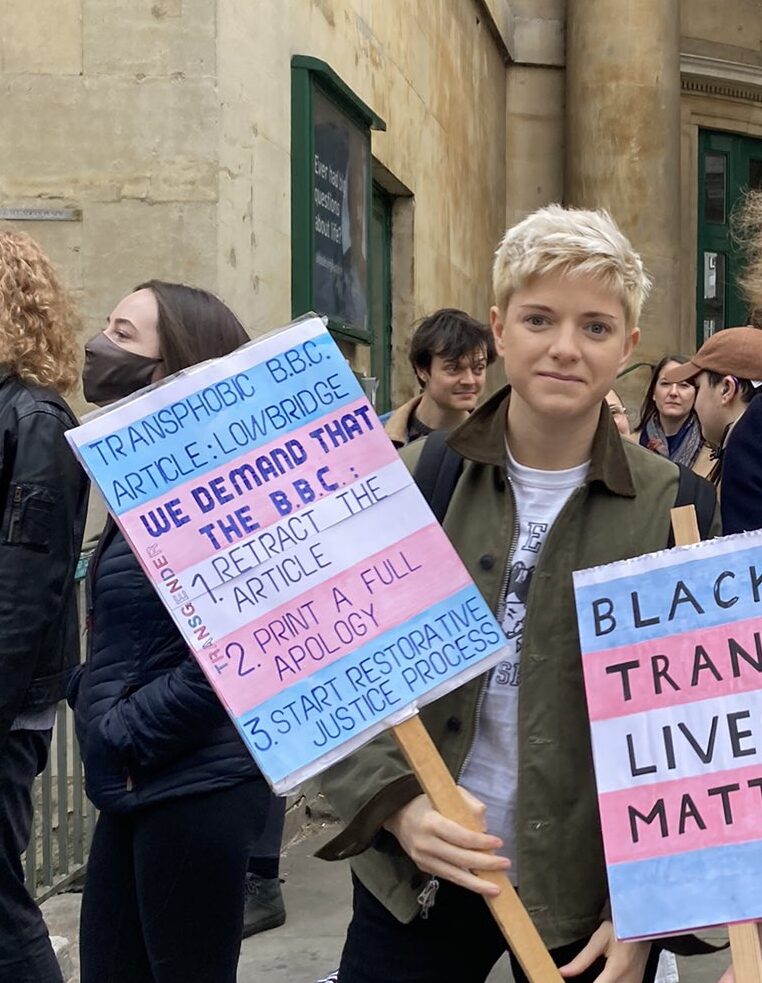 Last Saturday trans people and our allies protested the BBC’s escalations in transphobic rhetoric outside BBC’s broadcasting house in London. BBC News has been strongly criticised by the trans community and their allies recently for publishing an article that suggested that trans women are dangerous to cisgender lesbians. Later it was discovered that a contributor to the article had previously admitted to sexually assaulting multiple women.

Roughly 80 people attended the protest and among them was comedian and writer Mae Martin.

The Feel Good creator told us:

“I just saw today that this was happening and thought, of course I am going to be here, I’ve got to be here. I’m really incensed by the recent article that the BBC put out with its inflammatory headline and its…uncritically platforming very transphobic views which I think is really dangerous and is bad journalism and its not unbiased reporting and I pay a license fee for the BBC so its frustrating to say the least”

Mae went on to demand the BBC retract the article, print a full apology and start a restorative justice process which includes platforming very informed trans voices. They also criticised the BBC for releasing the article in Brazil which regularly reports the highest number trans murders in the world, the majority of those murdered being Black trans women.

There are upcoming protests planned in Brighton this coming Saturday and another protest in London scheduled for the 8th of January next year.

You can watch our full interview with Martin here: