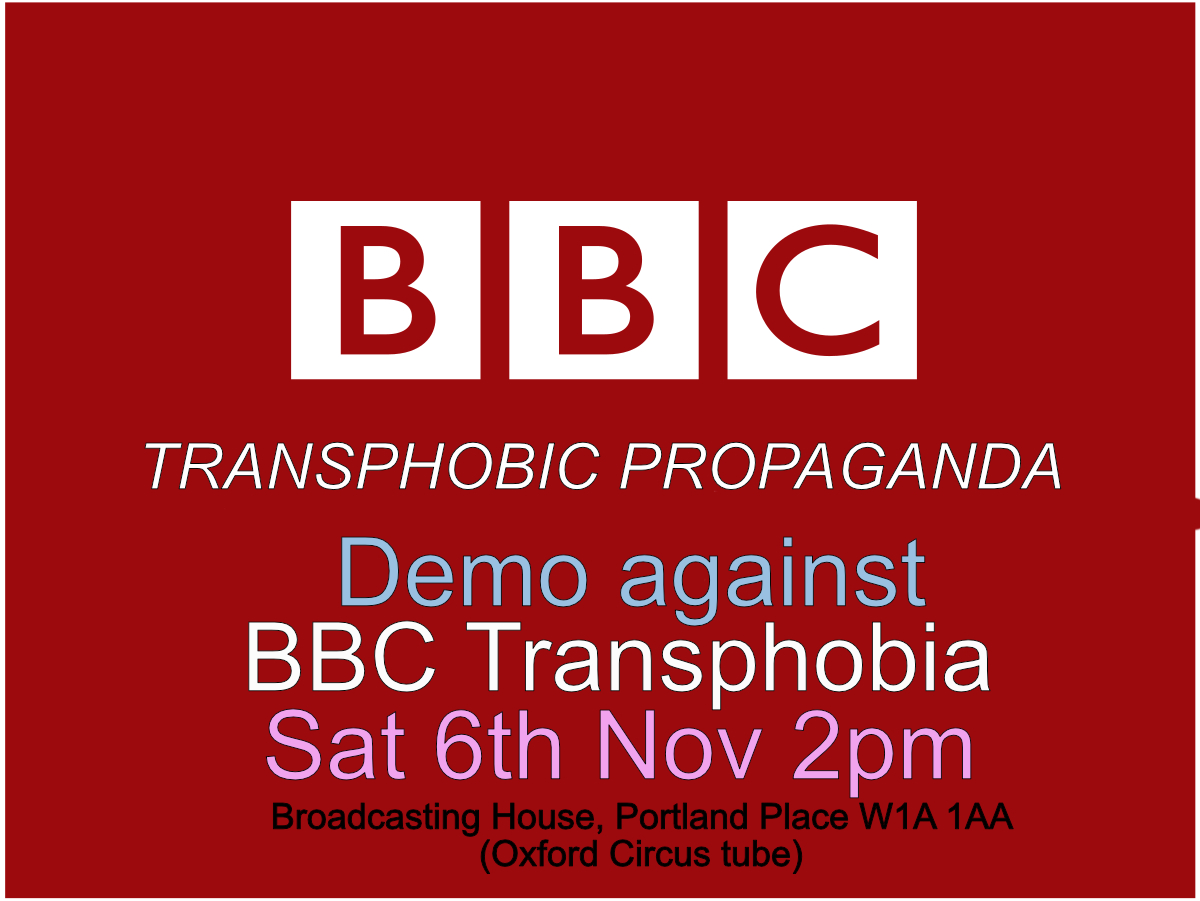 A further protest has been organised in response to the BBC News article that implied that transgender women were coercing cisgender lesbians into sex.

The article remains on the BBC News website at time of writing.

The protest has been announced to take place outside BBC’s Broadcasting house in central London on Saturday (06/11/21) at 2pm. The nearest tube station is Oxford Street.

An organiser of the protest, who has chosen to be anonymous, told us:

“The BBC’s transphobic article was written, without evidence, to paint a target on the backs of every trans person in the country. In doing so it platformed a serial sex abuser who has since called for the murder of all trans people as well as the rape of the mother of a trans person.”

The article has resulted in multiple protests across the country, including recent protest action in Bristol, Cardiff and Manchester.

The organiser went on to say:

“This is not news, it is targeted hate-propaganda that has no place on any news platform. The UK media has hermetically sealed trans people out of the discussion about trans people, this is the real silencing. The BBC needs to take this article down and apologise to trans people, it also need to employ trans people as journalists and columnists”

We will be there to report on the protest.