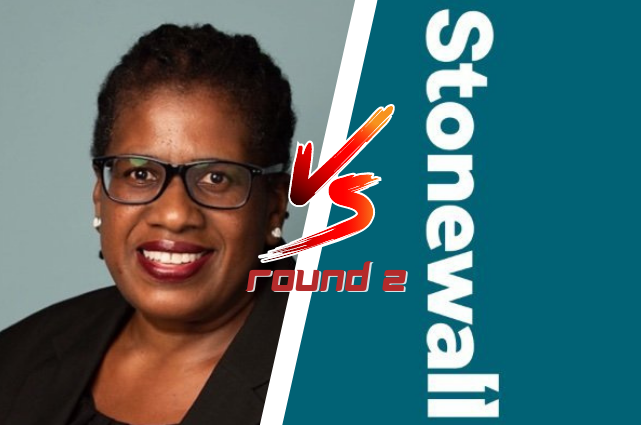 Allison Bailey is a barrister and a big fish in the anti-trans world. She co-founded the anti-trans hate group the LGB Alliance, she was their keynote speaker at their conference last year (almost certainly because she may have been the only actual LGB person in the fucking room) and she has spent years railing against anything that would remotely accommodate a trans person’s ability to lead an ordinary life.

But then her true 15 minutes came when she crowdfunded nearly half a million pounds to take Stonewall and her employer to court.

According to her (and her goon squad in the national press) after she criticised Stonewall for not being anti-trans enough to her liking, Stonewall launched some kind of campaign to ruin her life and her employer (Garden Court Chambers) offered her poorer work as a result. She decided to take both Stonewall and Garden Court to the employment tribunal to shake out some ‘justice’.

A month ago the press announced that she had won.

And this morning, Allison Bailey announced on Twitter that she was appealing this decision.

There has never been a more obvious clash between the transphobic un-reality the anti-trans press continually sell and the actual reality on the ground. Any trans person who has been following the media’s protracted moral panic about us has seen this phenomena before (many, many, MANY TIMES). But this time I am not sure anybody in the world will have the skill to explain why Bailey would appeal a case she apparently won.

Because the reason Bailey is appealing her case is because she didn’t actually win.

Well, she didn’t. And her appeal that she announced this morning will be aimed squarely at Stonewall.

So that is how a person appeals a win. Turns out, you have to not have actually won in the first place.

This isn’t the first time that the press have peddled absolute bullshit in regards to anything remotely trans related. From claiming that child murderer Ian Huntley is trans (yeah, they did that) to falsely implying that trans women are committing sex offences against cis women at an alarming rate (when its actually the opposite)…transphobic unreality tends to win the day in the UK’s press.

But the problem with transphobic unreality is the truth will bite you in the arse eventually. We may be about to see that now that Bailey is going to appeal the ‘win’ they claimed she had a month ago.

It’s quite likely that the press won’t go back to this story (but I have been very wrong before). But if they do decide to cover it, they are going to have to perform summersaults to try to explain how someone can appeal a case when a month ago they argued that they won.

So what does this mean for Stonewall?

At this point there hasn’t been any word from them. The appeal is likely to be in very early stages but the problem facing Bailey and her legal team is that they would have to bring new information and evidence to have a shot at getting a second go around. Considering that the run up (and crowdfunding) was several years, it is hard to believe that Bailey’s team didn’t already throw everything in the world at it the first time.

And who even knows if Bailey has even instructed her legal team to file papers, so we could be waiting months to even find out if the court are willing to hear the appeal.

But assuming it does go forward, few people could accurately predict what the future holds in the lands of courts, judges and tribunals. But the question remains: who is going to have the tougher road here, the press trying to re-write reality again or Bailey in her continued quest to screw Stonewall?

It will be…interesting to see how the press handle this. 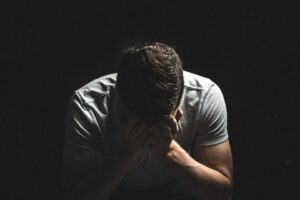